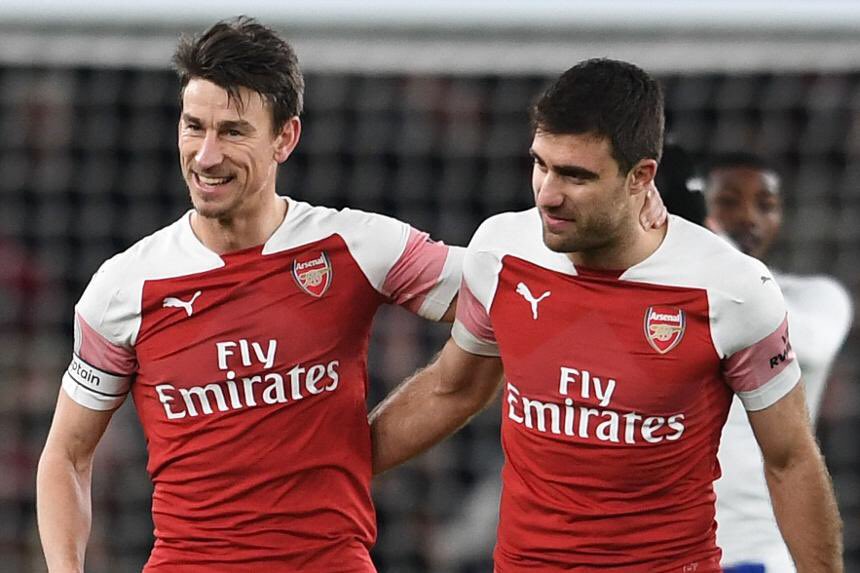 Speaking after the game, Sokratis said that the Gunners deserved the victory against their fierce rivals. He added that the team showed more fight than against Chelsea, where the players dropped off with their performance levels after just 35 minutes on the watch, he told: “We played very good and we deserved the win. After the result against Chelsea we spoke together and said we have to fight more and to try to give everything. This was one of our best performances of this season.

“Against Chelsea, the performance for the first 35 minutes was very good and against United, we struggled again in the second half. But it is important when these moments come that we stay compact together and fight. I think with the structure of the team now, the players feel confident. There is a lot of space to improve and we have to try every day to improve things.”

The victory over the Red Devils had propelled the Gunners to the top half of the Premier League table in 10th and they are now within four points off fifth-placed United. Meanwhile, they are nine points adrift off Chelsea in the race for the final Champions League spot and it remains to be seen whether they can go on an extended winning run under Arteta to close the gap on their London rivals.

Arsenal are scheduled to host Leeds United in the FA Cup third round on Monday night. Thereafter, they have an away London derby at Crystal Palace. The Gunners have failed to beat the Eagles in the past three meetings where they have picked up just two points.