Greek football is all set to resume from this week after being absent from action for the last three weeks. All forms of Greek top-flight football were left suspended after a club owner carried a pistol to challenge the referee in a recent match. PAOK owner came onto the pitch with a gun to his belt. This forced the Greek football authorities to suspend the league from March 12. 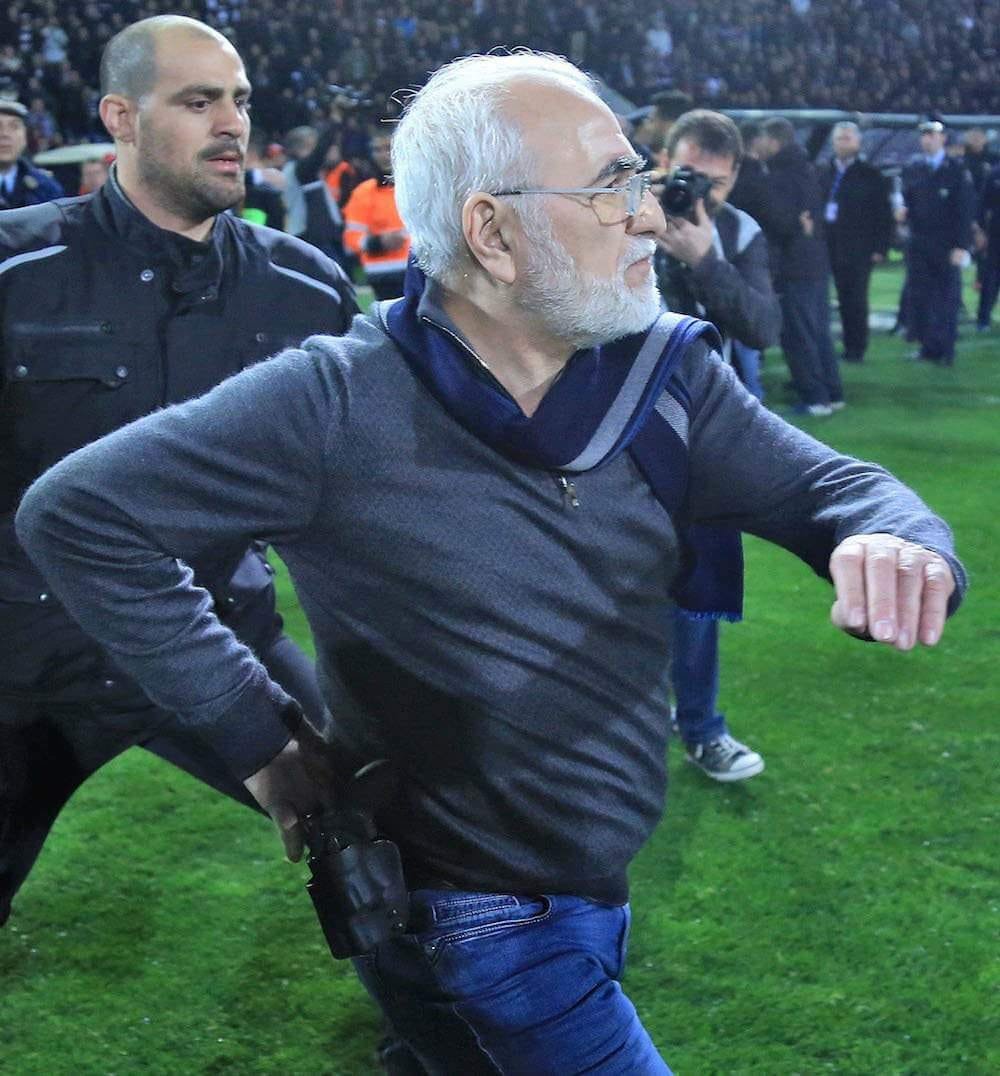 Now, an agreement has been reached with all the 16 clubs with regard to several aspects like potential relegation and points deduction penalties if they are found guilty of violating violence and rules. The incident occurred on March 12 when PAOK honour, businessmen Ivan Savvidis, was extremely angry with a goal not being given as offside. This goal could have been crucial in the fight between PAOK and AEK Athens at the top of the table.

Over the years, Greek football has been hit by a lot of scandals and violence issues. This even forced FIFA to come in with a statement that Greek clubs could be taken away from any international competition if they repeatedly were found guilty of match fixing issues and other scandals. Savvidis is thought to be a close friend of Prime Minister Alexis Tsipras, but this does not happen to be an excuse.

Deputy Minister for sport, Yiorgos Vassiliadis, came in with a framework in order to help agree the new set of conditions in the Greek league. All the 16 teams went through the framework and agreed upon a decision so that the league could resume again. The resumption of the league is expected to ramp up the number of games fans get to watch between now and end of the season. Due to the presence of World Cup, there is urgency within Greece to finish the campaign as soon as possible.